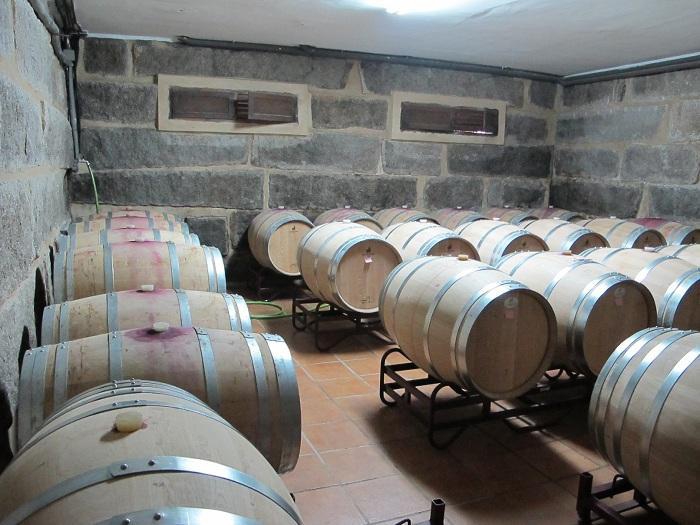 In the early 1980s, José Luis Vaz, owner and founder of this small familiar winery, inherited from his parents, a property located in the valley of Ladairo hill, the name of the winery, Adegas Ladario, Thanks to his effort and illusion, he's turned it into a plantation of vineyards that today, occupies 20 hectares, and in just a short time, his wines which have D.O. Monterrei, have been able to show their own exceptional personality, due to the prevailing microclimate in the zone, privileged by its situation, that makes the grape and the land where it is, that give it a superb quality. United by this, the elaboration of an artisan form, assisted by modern techniques ,Jose Luis is able to care for every detail.

His first plantation was Mencia, later the Godello came, and using different varieties of grapes, all of them from his own harvest, like: Souson, Caino, Loureira and Treixadura, have provided the elaboration of his wines, that we detail below:

Ladairo Mencia in barrel, of intense raspberry colour, with fruity aromas and in the palate, smooth, unique, a delight to taste it.

White Ladairo in barrel, of straw-like yellow colour, with greenish sparkles, on the nose intense and persistent aromas, and in the palate, smooth fruity in flavour.

Ladairo Mencia, very appropriate for all the meats.

Ladairo Godello, for all type of seafood and fish.

The quality of all of them, has been praised, each year, by wine specialists all over the world, being aware in the prizes obtained by the winery, that they have known to value the making and the love of the wine, of its owner, emphasizing its noticeable personality, among them :