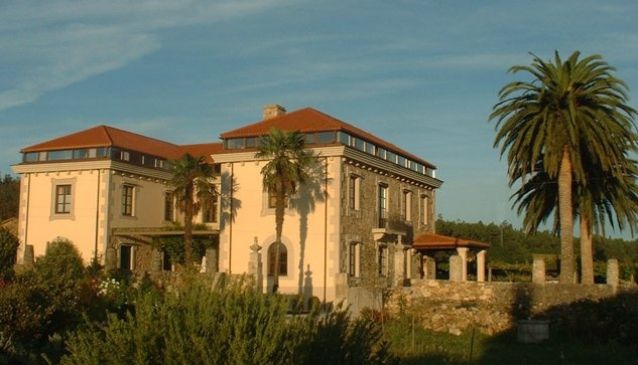 Hotel Pazo de Galegos echoes an Andalucían country house with its very own winery and surrounding 4 hectares of vineyards. Situated 13km from Santiago de Compostela and sitting at the peak of Ulla River Valley, this hotel boasts magnificent views of both the sea and mountains.

Another touch of individuality at Pazo de Galegos is that this was once home to D. Antonio Lopez Ferreiro, canon of the Cathedral of Santiago de Compostela and prominent Galician writer. In 2010 however the house was renovated into a small and charming hotel, comprising of 9 en suite bedrooms. Each bedroom has been given their own name relating to a native grape and decorated with an individual style, with many providing balconies overlooking the vineyards and winery. 400 year old vines make up the vineyard, while at the winery you can learn about winemaking and see the stone press that has also been effective for 400 years.