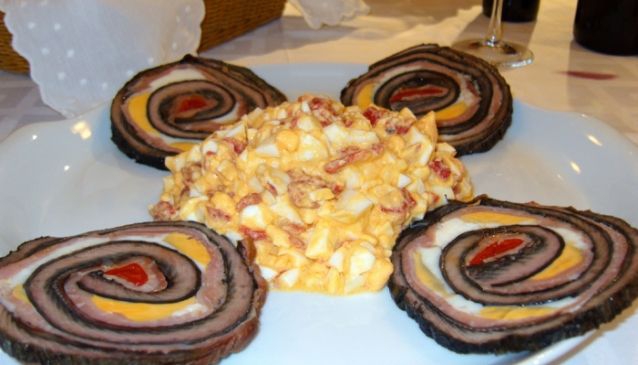 Restaurante Casa Calviño (Calviño House Restaurant) was founded in 1935 and is a family owned now run by Nito. They are located in a cozy old stone house, now restored, in the centre of As Neves. Since its foundation, generation after generation they have endeavoured to maintain a tradition to enjoy their food,service and the privilege of tasting an excellent cuisine. Consistency and good work over the years have made Restaurante Casa Calvino a benchmark in the area, being the oldest restaurant in the preparation of the lamprey.

The menu offers a traditional gatronomy which is well elaborated and where you can enjoy in either of the two dining rooms on the two floors of the premises. Some of the dishes include when in season:

Lamprey prepared in three different ways: Firstly, in the classic Bordelaise style i.e. braising it in its own blood in an earthenware dish, served with boiled rice and crutons. Secondly, stuffed and rolled lamprey, which contains good cured ham, hard-boiled egg and 'piquillo' peppers. Finally, there's smoked lamprey which is grilled 'a la brasa' or over charcoal and wood.

One of the most popular dishes is the 'cabrito lechal' or roast suckling goat which is served either roasted or in the form of fried ribs called 'costilletas'. You can also order their other house special 'callos', a classic, spicy stew made with tripe, chickpeas, shin of beef and homemade chorizo. For fish lovers the menu also features locally caught produce from the Galician rías or estuaries and some of the best veal and beef in Spain. Smoked Lamprey is available all year round.

There is also an extensive range of wines which have been selected under the criteria of diversity, quality and price.