/usefulinfo/airportsThe Cathedral of Santiago de Compostela is one of the holist places in Christendom and one of the top attractions in Galicia. It is reputedly the burial place of Saint James the Greater, one of the Twelve Apostles of Jesus Christ. It is also the final destination for one of the most ancient pilgrimage routes in the world – The Way of Saint James – which has been in existence for over 1,000 years. The earliest recorded visits to the saint’s shrine occurred in the 8th century, and by the 12th century the pilgrimage was fully established, attracting devoted Catholics from across the whole of Europe.

The spread of bubonic plague and the religious and political upheavals that shook Europe to its core in the 16th century led to a decline in the number of pilgrims, and by the early 1980s only a handful were turning up in Santiago de Compostela each year. In recent times, however, the route has seen a resurgence in popularity, which is no doubt partly due to the Council of Europe designating it the first ‘European Cultural Route’ in 1987 and by UNESCO declaring the cathedral and surrounding area a World Heritage Site in 1985. 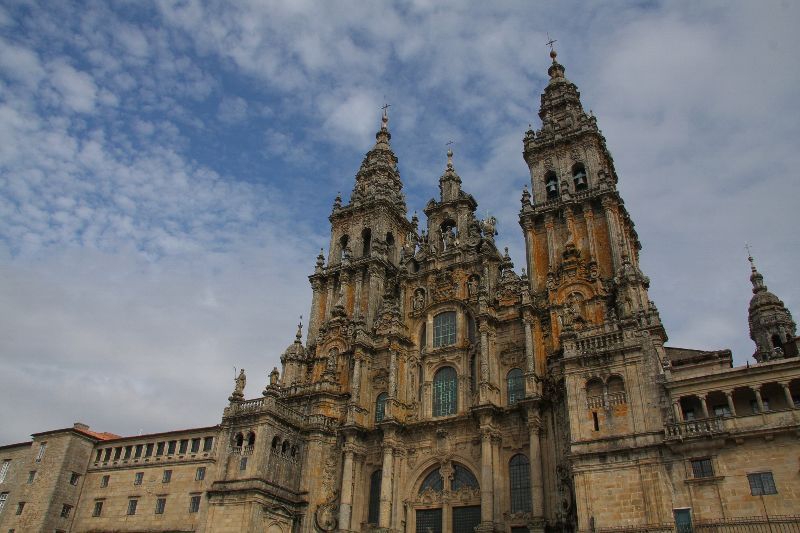 As with any pilgrimage, there is no exact or ‘correct’ route; traditionally participants would simply travel from their front doors to their destination on foot, presumably using the quickest course possible. As a result, there are many major general routes that have been trodden out over the centuries, such as The French Way, the English Way and the Portuguese Way, to name but a few.

By far the most popular with modern day trekkers is the French Way, which begins in the French commune of Saint-Jean-Pied-de-Port, threads through the staggeringly scenic Pyrenees mountain range into Spain, then meanders for 780 kilometres through the north of the country, passing such major cities as Pamplona, Burgos and León. (If doing this on foot, you can expect to be on the path for approximately one month.) In keeping with ancient tradition, upon arrival some people push beyond the city for the last slog to the coast, where they can find a scallop shell on the beaches of Padrón. This is a highly symbolic object and acts as a metaphor for the pilgrimage; the grooves in the shell meet at a central point, and these represent the different routes of the journey, which eventually converge as one. Apart from its symbolic value, in the olden times the shell would act both as a practical object (for holding food and collecting water) and as proof of the journey – a souvenir if you will.

Another popular and decidedly less strenuous route is the Portuguese Way, which starts in Porto in north-west Portugal and continues north for 227 kilometres, traversing the Lima and Minho rivers before entering Spain, carrying on through Padrón (don’t forget your scallop!) and on to Santiago de Compostela.

But of course, in these modern times people can afford to be much fussier with their route than their predecessors, to the point of flying directly to Santiago de Compostela Airport and catching a taxi into town. Needless to say, this somewhat undermines the triumphant sense of personal fulfilment and physical sacrifice that makes pilgrimages what they are, but on the other hand, it’s much less hassle (dependent, of course, on which airline you opt for). 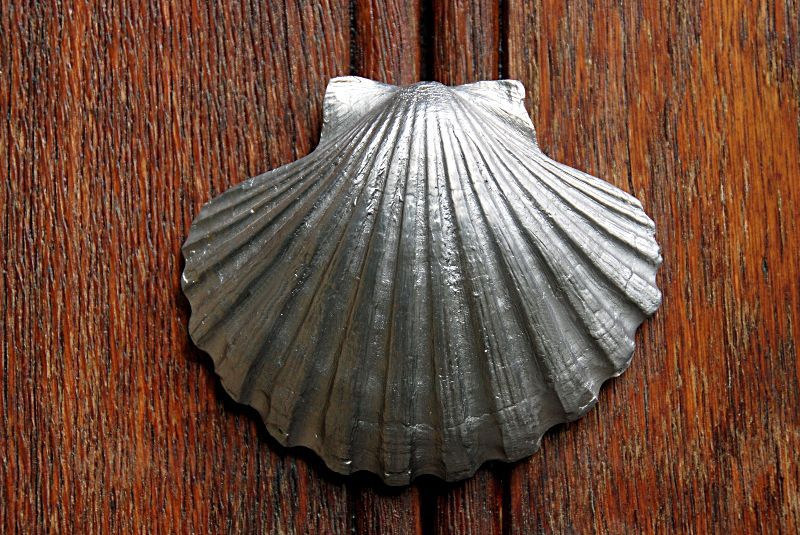 So assuming you’ve made it there one way or another, what lies in store?

One of the most fascinating places in the world, to put it bluntly. But for those who require more information, do read on…

Like a fine wine, this remarkable city seems only to improve with age. It sprung up with amazing rapidity following the ‘discovery’ of Saint James’s grave by a religious hermit in 813, who was reportedly guided to the spot by a bright star. The validity of this find has since – unsurprisingly – been disputed with considerable energy among leading historians, but at the time it was taken for a miracle. A church (now the cathedral) was erected above the sacred remains by King Alfonso II, the pilgrims began appearing in their droves and within years it had become something of a mecca for people of the Christian faith; people who in those times can better be described as ‘everyone in Europe’.

It is now one of the best preserved historical cities in Europe, and even today, the beating heart of Santiago de Compostela is its Old Town, a maze of cobbled streets webbed around the grand cathedral. Atmospheric taverns and tapas bars are in abundance, and quaint little shops dot the arcaded sidewalks, selling everything from antiques to hiking gear (though you may not have much use for that by the time you get there).

The cathedral itself is the highlight; a soaring mass of gaudy spires and ochre statues, and such intricate carvings around its façades you’d need a magnifying glass to fully comprehend them. Arguably the most stunning part of its exterior is the western façade (main picture), which is dominated by two striking medieval towers – built in the Baroque style – standing either side of the entrance. Just beyond is the Portico de la Gloria (Gateway of Glory), which is adorned with extraordinary stone carvings instrumented by the legendary Romanesque architect Maestro Mateo in the 12th century. Inside the doorway a statue of Saint James stands atop a marble pillar welcoming his pilgrims. It is customary for them to place their right hands on the pillar by way of thanks for a safe arrival; this ancient practice has actually led to a noticeable handprint that’s been worn into the marble over the centuries. At the foot of the pillar is a sculpture of Maestro Mateo and, rather interestingly, pilgrims bang their heads against this in the belief that he will transfer some of his infinite wisdom. No sniggering at the back please.

The Romanesque interior is simply magnificent beyond words. Laid out in the cruciform style (imagine the shape of a crucifix), the nave is almost 100 metres in length and the vaulted ceilings soar above at 22 metres, meeting at their crossover point in the form of a great dome. When Saint James’s Day falls on a Sunday, an enormous, solid gold thurible (a vessel in which incense is burned) is hung from the dome on a long rope and swung back and forth, billowing clouds of incense throughout the cathedral. Unfortunately this won’t happen again now until 2021 (the last time was in 2010 - see video below) but on the upside, it will give you plenty of time to get fit.

Beneath the main alter, in the shadows of the crypt, Saint James rests.

You don’t have to adhere to any religion to experience the Saint James Way – indeed, the journalist and art critic, and staunch atheist, Brian Sewell, travelled the French route by car for his Naked Pilgrim television series in 2003 – and if you simply don’t have the time or energy to do the pilgrimage proper, a visit to its final destination can be a moving experience regardless of the effort it took getting there.