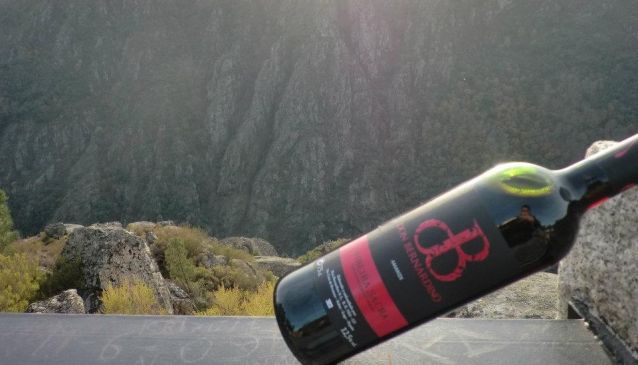 In the early '50s, when nobody was interested in viticulture in the Amandi area,leaving many many abandoned vineyards, Bernardino Rodriguez followed the family tradition and kept his vineyards as inherited from his father. With a very good vision, and already in his 90s,he left his son Emilio Rodriguez to take over the winery, who began to produce traditional but high quality wines following the work inherited from his family.

During all this time,Emilio continued to renew and expand the vineyard with the most important grape variety in the area, Mencia: Currently, the winery has over 10 hectares with another 5 hectares controlled by small winegrowers in the area under the direction of Emilio Rodriguez, which permits him to produce about 60,000 bottles a year of excellent quality.

The entrepreneurial spirit that guided his father, Bernardino Rodriguez, who succeeded in passing along the secret of his wines and the love of the land, have converted the winery into a family business with ambition for the future.

The winery is located in an old stone building in Brosmos Santa Cruz, in the municipality of Sober in the province of Lugo. It was renovated and modernized in 1999, equipping it with the latest technology in winemaking. It produces wines of great quality, due to its careful selection of special raw materials. In 1997, it produced one of the first mencias of Denomination of Origin aged in oak barrels ... now, and in years of bumper harvest the production will top 15,000 bottles.