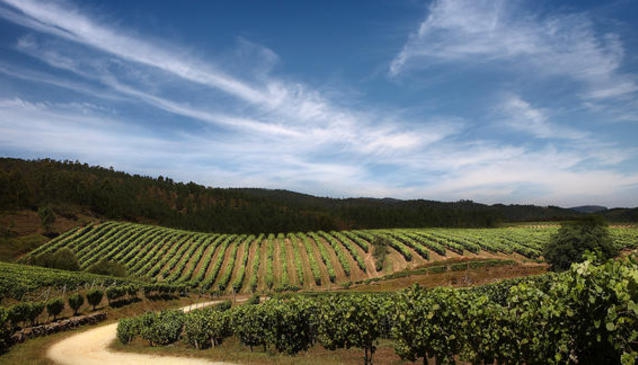 The Ruta do Viño Rias Baixas

Salnés, O Rosal, Ribeira do Ulla and Condado do Tea.

They all share a long winemaking tradition and a privileged microclimate that favors the cultivation of autochthonous grapes of excellent quality, but at the same time each of these areas has a unique personality that is reflected in the diversity of their wines.

Today the Ruta do Viño Rias Baixas comprises 105 partners amongst wineries, unique accommodation including exclusive hotels and Rural Tourism, restaurants that offer the best of local cuisine in charming settings with a professional service, wine shops and specialty stores, museums, travel agencies with specialized proposals, and of course, the councils of the different areas.

O Salnés is the valley between the rias of Arousa and Pontevedra. It has the largest concentration of wineries and the largest expanse of vineyards across the Designation of Origin Rias Baixas, in fact it is considered the birthplace of Albariño wine.

O Salnés is the most touristic of the Rias Baixas, which combines historical and artistic centres such as the lordly village of Cambados or the monastery of Armenteira (Meis), with natural areas such as the National Park of the Atlantic Islands and Umia -O Grove Intertidal Complex. Furthermore, it is the most Atlantic zone of the DO Rias Baixas featuring a coast full of sinuous shapes with excellent pristine beaches.

O Rosal is the southern boundary of Galicia including the municipalities of A Guarda, O Rosal and Tomiño. A frontier land tilled by the mouth of the Miño in the Atlantic Ocean, with interesting landmarks like the pre-Roman remains of Santa Tecla or a group of 67 mills known as Muíños do Folón and do Picón. But this area also known for its stunning natural landscapes, bordered by the natural area of Baixo Minho, and awarded by Europe as a 'Destination Tourism Excellence' this area will delight nature lovers.

Condado do Tea is located in the South of Pontevedra whose boundary with Portugal is the river Miño. It is a land of wine and lamprey, of manors and Pesqueiras, viewpoints and churches, roads and paths that run through ethnography and landscapes of this beautiful and fertile land. This area comprises Salvaterra de Miño, As Neves and Arbo. The Valley of Tea, protected from bad weather by the Serra do Suido, helps the cultivation of vines. The varieties Albariño, Loureiro and Treixadura bring life to white wines, while the Caiño and Espadeiro are the famous red from Rubiós.

Ribeira do Ulla is the youngest zone that has been embedded on Ruta do Viño Rias Baixas and it is located in Vedra, A Coruña.It lies a few kilometres from Santiago de Compostela, city that is strongly linked to be the last stage of the Via de la Plata. This peculiar relationship as well as its mild climate has filled this land of beautiful stately homes and beautiful gardens as the Manor House of Santa Cruz de Ribadulla or Cibrán Manor. Ribeira do Ulla is a paradise for fishing enthusiasts; Coto de Ximonde is especially coveted by the quality of its salmon.

You can also download an APP on your smartphone all about the route.