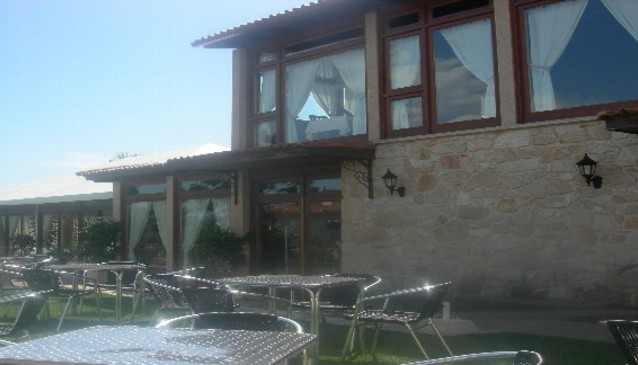 Directions to Casa do Outeiro

The Restaurant-Taperia Casa do Outeiro is situated in the district do Outeiro or Castro, La Guardia(Pontevedra), in a house which is over one hundred years old, resored for less than one decade, that has privileged views to the River Mino, Monte Santa Tecla and Portugal.

Casa do Outeiro offers galician cuisine with a modern touch, where the emphasis is on red meats, seafood and fish from La Guardia and goatmeat with homemade desserts.

It has two dinning rooms, and one marquee equipped for all type of events, with capacity to 150-180 covers,terrace,garden,private parking and small wine cellar.

Casa do Outeiro caters for family dinners for groups, weddings, baptisms and communions.