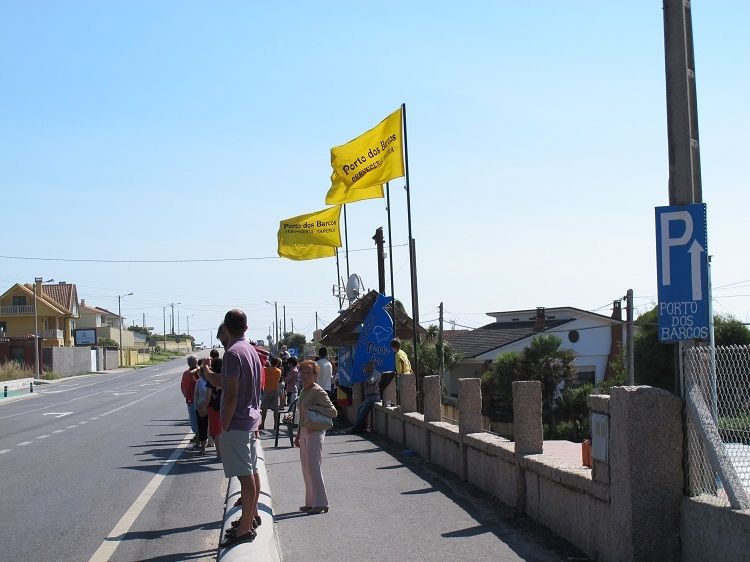 Chiringuito Porto dos Barcos has a spectacular position on the La Guardia to Baiona coastal road near Oia facing the open Atlantic Ocean. Historically it was a landing point for boats who traded eucalyptus trees. Now the restaurant offers traditional, freshly prepared Galician cuisine using the freshest catches from the sea and local products from the area such as fish from the rocks, clams and octopus.

Main courses include chicken, roast ham, small fried squids, steak and mushrooms and spare ribs. There is a range of salads including a special 'Porto dos Barcos' salad which has lettuce, tomatoes, onions, egg, tuna, esparragos, nuts, rice, pineapple and olive oil! There is also Galican pasties, pizzas and chips.

Chiringuito Porto dos Barcos has Wi-Fi both inside and throughout its terraces in front of the sea.