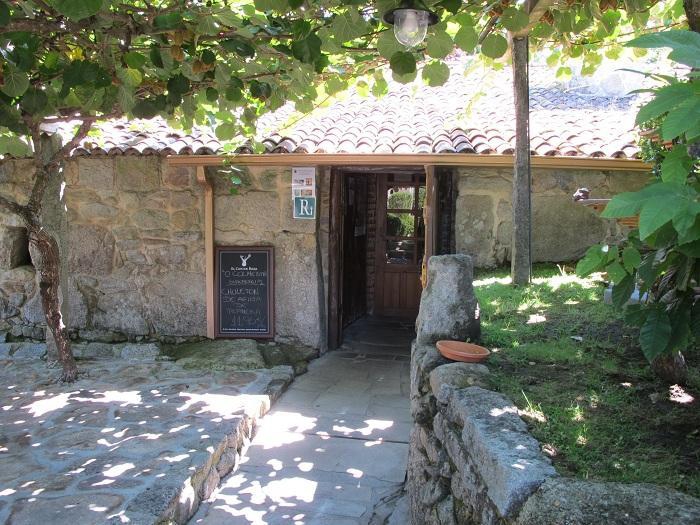 The restaurant offers high quality Galician cuisine which is also very reasonably priced. Specialities include barbecued meats, seafood and tapas. The family-run business caters for dinners and business lunches, communions, baptisms and other celebrations etc. In addition, a home delivery service is offered.

The owner, Manolo, has a bird aviary which provides endless entertainment for younger guests. Manolo is also an artist and has a separate studio where he sells his work. You can also appreciate a selection of his paintings inside his restaurant. He has quite a following outside Spain among cat lovers for his feline paintings.

Above the restaurant is a separate cafeteria/bar/disco with terrace with amazing views called Casa de Kike. They serve a range of reasonably priced hamburgers and baguettes.

Both establishments have car parks. If you park above Casa de Kike you can enjoy even more the spectacular views from the edge of the forest.