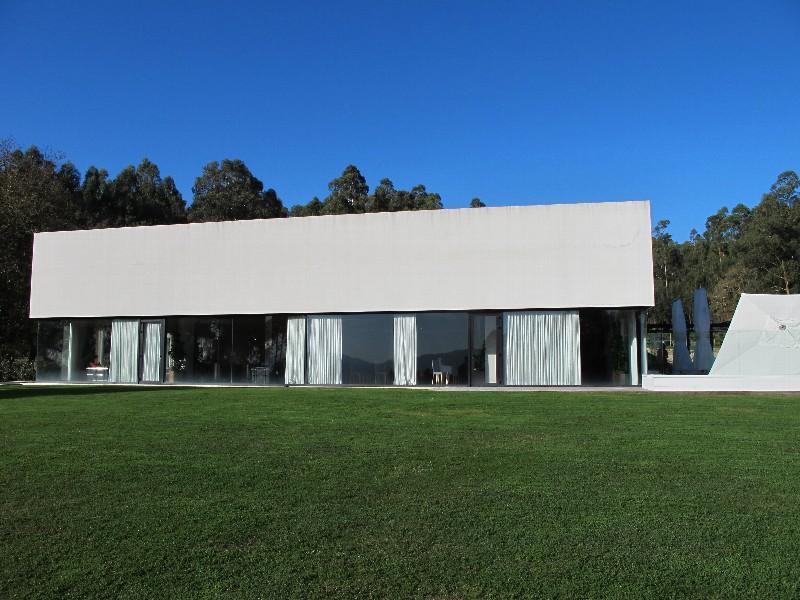 'In the centre of each table of the restaurant Pepe Vieira - Camiño da Serpe you can find a small twig of oak. This is the declaration of the intentions of what this place is, which impressed and moved us. You take this twig of oak in your hand, and there you can find summarized the sense of this place. The plates, one by one, are full of small flowers, violet or yellow, which grow on the paths all along Galician mountain. It may seem so but here, at Camiño da Serpe, nothing is theatrical or overacted. It is so simple and logical as the flow of a river. There is no other restaurant in Galicia in which you can feel you are eating the environment, no other where you can appreciate so clearly a vital and professional project led to reality. A very modern, sustainable place, integrated to the landscape, with power of transmitting for itself, even more, of vanishing in the environment, of being the environment, the terror, the biology, the culture, but a culture of the very inside, almost tectonic, genetic, visual.' (Manuel Gago)

Evolving, committed, audacious. These seem to be appropriate adjectives to describe the cuisine offered by Xosé T. Cannas at his restaurante Pepe Vieira 'Camiño da Serpe' which now has two Michelin stars. On property owned by the family in the district of Raxó (Pontevedra), he and his brother Xoan Torres Cannas, sommelier and Nariz de Oro (Nose of Gold) 2004-who has chosen the wines for this selection of recipes-have raised a spectacular building to house their restaurant. An untiring researcher, Xosé, founder of Grupo Nove (created to promote Galician cuisine), focuses on regional products and gastronomy, but casts off some of the old-school customs. Tradition is seen as the starting point, the basis for creating open, discerning cuisine with an identity.Xosé's extensive experience in kitchens in Canada, Scotland and France has convinced him that the magic of cuisine lies not in tricks nor artifice but, above all, in total respect for product quality.' So Spain Gourmetour magazine was referring us in its latest issue on which we spend no less than twelve pages from here ... Thanks to his photography and writing team for treating us so warmly ...