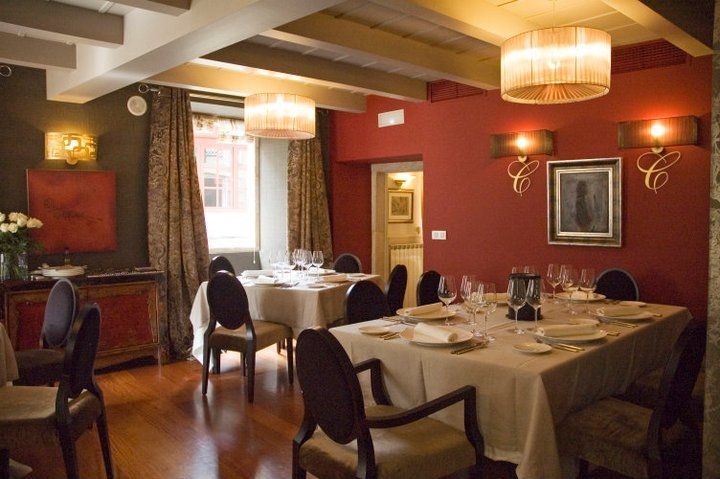 Back in 1952, couple Manuel Vázquez Salcedo and Amparo Yañez Vázquez set up the Restaurante Campos and have never looked back. They aimed to improve dining and socialising in the neighbourhood and now the area is buzzing with cultural nightlife. Having been established for a few years, they recognised the gap in high brow Galician produce and so began the daily visit to the Galician coast to purchase the freshest seasonal produce. As a result, they won the 1995 Lifetime Prize for the dedication to Galician cooking and have been awarded a number of accolades since.

The menu offers an extensive list of cuisine, varying on a seasonal basis. The starters often include dishes such as the Galician octopus, quail eggs or timbal vegetables with hummus and chorizo pepper emulsion. There is a never ending choice of mains with a selection of meats (partridge pate, saddle of venison and rioja boar) and loacally caught fish (flounder, monkfish, wild turbot, Galician lobster and rock crab), so there's guaranteed to be something you fancy.