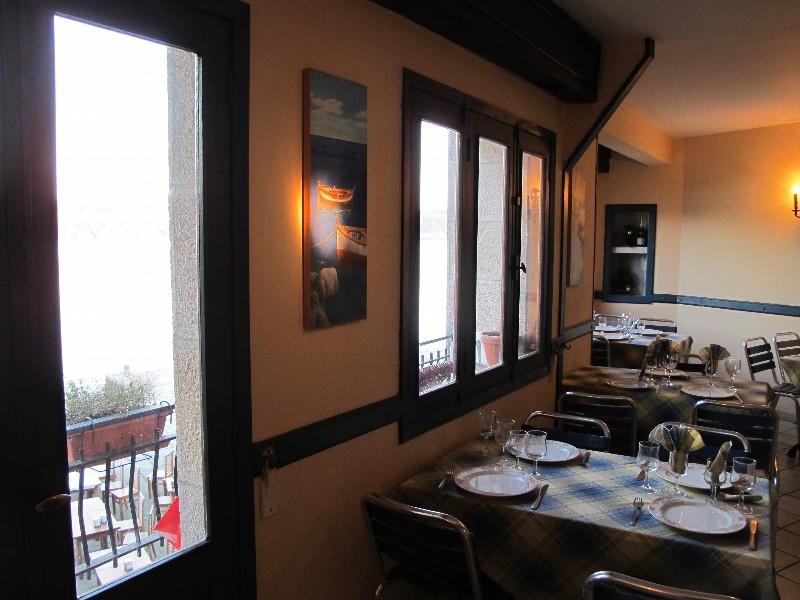 Restaurante O Peirao is a traditional galician seafood restaurant/tapas bar located in the heart of the historic village of Combarro with impressive views looking out across Pontevedra estuary. There is a large covered beach-style pergola outside full of dinning tables which also spll out into the small square in front of the restaurant which is a sun trap in the summer.As well as the extensive eating terraces outside, the restaurant has dinning areas spread over two floors with impressive views especially from the second floor.

It was during the 1960's that Maruxa originally opened a small marine related shop and bar. Jaime,her husband,returned from emigration and in 1974 decided to open Restaurante O Peirao,in a friendly house with traditional food using recipes from their parents and grandparents.Their sons Carlos and Jaime are now in charge to recieve the clients who keep coming back with the same hospitality to that when the restaurant first opened more than two decades ago.

The menu is extensive. There are a wide variety of tapas from about 3-15€ to reflect its location next to Pontevedra estuary such as octopus, cuttlefish, squid, clams,cockles,baby scallops,prawns etc. There are delicious pasties,spanish omellette,Padron peppers (when in season),cured ham,spicey sausage and cheeses.

There are also a variety of salads,pastas,rices as well as fish and meat dishes.The fish includes sea bream, hake,sole,tuna and a fish stew.The meats include stake,chops and lamb.Prices range from about 6€ for a salad to 24€ for a lobster.

Maruxa is still also dedicated to producing home-made desserts including a wonderful fruity,sponge pudding and chocolate brownie. As well as extensive choice of drinks and fine wines to end the meal (during selected hours) in memorable tradition there is Queimada (a burning spirit based punch drink) for two which costs 15€.

After the meal for those that fancy a relaxing drink and dance Carlos also owns the local discotec,Bla Bla Bla Longe Bar, in Combarro only a few minutes walk away, which is superbly located on the waterfront.