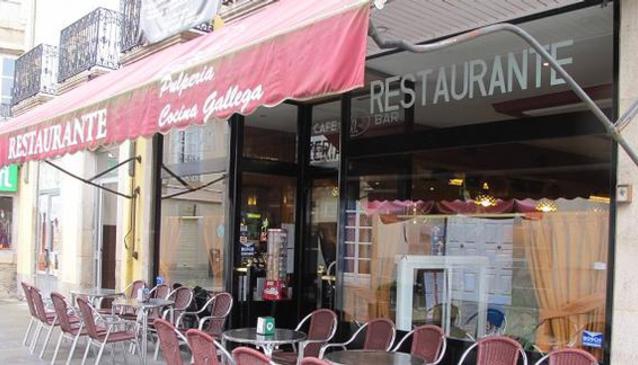 Restaurante Polar is a clear leader of the hospitable business sector in the south of the province of Lugo. A company that oozes tradition and professionalism and that relies on a team of more than twenty professionals under the leadership of Julio Méndez,a recognized restauranter with more than 35 years directing businesses in Switzerland and Spain.

The original founders of Polar Restaurant, like the many Gallegos of the time had to emigrate in the Sixties. Life took them to Venezuela, and it was there where they knew the beer that became custom among them 'Polar'. Upon the return to their land and after they already made the 'américas', they decided to open a bar like the one which they frequented in Venezuela and in memory to the land where they had been, they decided to call it Polar, premises created with the idea to cool off, while you enjoyed a tapa.

With the passage of the years, La Polar, as it's traditionally known, has become an emblematic place in Monforte de Lemos. But it was not until the arrival of its present proprietors, the family Méndez,that the premises obtained its present success. In the first place they created the Restaurant Sésamo later and Cafeteria Alba, achieving with both businesses great success and prestige; and if still they have not obtained it they would have been on the right road. Nevertheless, the dream of both was to be able to turn the premises with most success in the city into a culinary reference in Galicia.

Julio Méndez directing and his wife, Manuela in the kitchen, have turned a great place into an emblematic and muchloved business which it is nowadays. Many clients have passed by their dining rooms and all of them agree in indicating that which is a unique establishment that oozes all the values and ingredients of a great Galician and international kitchen, served in an impeccable way by a magnificent team of professionals and what is most important, apt for all type of pockets, this it is our seal of identity, to offer quality and service at unbeatable prices, so that our clients return.

The Polar Restaurant specializes in: galician meats and grilled fish , galician, french and italian cuisine, in addition, it has an ample menu to offer clients a great variety of dishes, it even arranges to provide a private bar and dinning room, where you can enjoy a plate of octopus to a family lunch including home-made crab croquettes with anti -crisis prices.

In his visit to our restaurant the wine expert John Radford defined us: