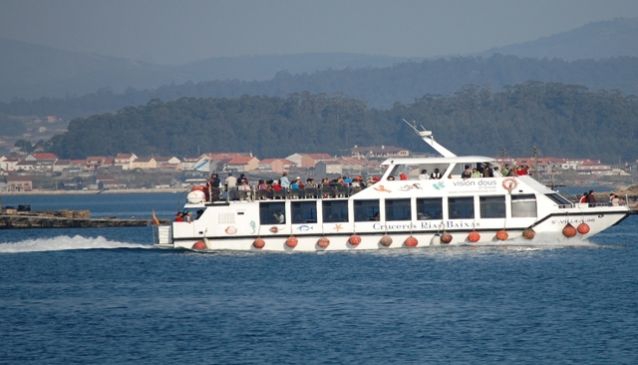 Running since 1981, Cruceros Rías Baixas operates boat tours along the lower rivers of the Costa Del Marisco near O Grove. They run trips to the Isla de Ons and the Islas Cíes, as well as day tours along the sea-river Route Xacobea.

The Isla de Ons is located at the entrance of the Ria de Pontevedra, and boasts two very different landscapes on each of its shorelines. Head over to the east side and you'll find clean beaches, white sands, clear waters, and a small village with several restaurants. Go west and you'll encounter a stark contrast, with a coastline formed by cliffs and caves of wild beauty - you'll find some excellent walking trails around here too. To get to the Isla de Ons the boat journey will take 45 minutes from Sanxenxo or 40 minutes from Portonovo.

The Islas Cíes are located in the Ria de Vigo and form a natural barrier between the river and the sea. The archipelago covers an area of 2658 hectares and consists of three main islands; Monteagudo (Sharp Mount), do Faro (Lighthouse Island) and San Martiño (Saint Martin), as well as a number of smaller ones. The islands boast fantastic coastlines, and in 2007 the British newspaper The Guardian selected the beach of Rodas on the island of Monteagudo as 'the best beach in the world'.

Cruceros Rías Baixas also run river tours that pass a number of destinations, each with guides who offer explanations of the estuary, its coastal populations, and its crops and species. These last just over an hour and come with complementary food and drink on board.