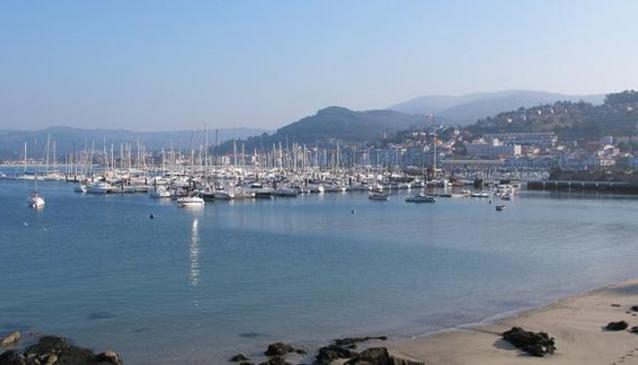 This is a gentle stroll on a relatively new, well laid out walkway close to the sea and next to Monterreal Fortress and the national Parador of Baiona. The route takes less than 1 hour with fantastic views of the open Atlantic and the Cies and Oms Islands. The route involves passing beautiful beaches

The walk begins at the Tourist Office in Baiona. Climb until you reach the entrance gate to the Parador where access is restricted for cars and visits to the fortess (entrance fee is curently free). We must take, after passing the Yacht Club, the door of Felipe IV on the right which takes you to the beach of Ribeira, a small cove at the foot of the fortress. The road becomes unpaved and is wide,continuing ahead we soon arrive at a jetty. We now take a left turn passing the Tower of Tenza and we start to see the Cies Islands ahead. After a short while on the left is a shrine to the Virgin in a cave. Then we pass Prince Tower where the pathway is open and wide with amazing views of the wild,open Atlantic Ocean We then cross a stone bridge and we can drop to Frades beach. The way leads us between pines and a ramp, to a near paved sports pitches and a horreo. The footpath now turns to the left and after a short climb there are sculptures that represent the Carabela La Pinta. The footpath then leads to the Tourist Office again. This is a circular route of about 30 minutes, a 2 kilometre level walk with beautiful views of the sea.

It's well worth visiting the fortress inside as there is a further circular higher level walk around it. In addition, the Baiona's other attractions which are featured on the website include the Old Town,the boat Carabela La Pinta, Virgen de la Roca, its beaches and boat trips to the Cies Islands.