Nowadays 'pilgrims' of all types walk the Camino de Santiago, or the Way of Saint James

Nowadays 'pilgrims' of all types walk the Camino de Santiago, or  Saint James Way, to the majestic cathedral city of Santiago de Compostela, often taking the opportunity to reflect on life and to relish the physical and mental challenge. Each year an estimated 200,000 pilgrims make their way to Santiago, many on the most famous route, the Camino Francés, from the French Pyrenees across the plains of northern Spain. However, there are many less famous and less trodden routes. In fact there are generally considered to be 10 main routes and a number of websites feature detailed maps.  All the main routes are well signed with comfortable and welcoming 'refugio' or hostels along the way, where you can stay for as little at 5-10€ a night. Our favourite website, with detailed information on all the routes, is Camino Ways

El Camino de Francés, or Camino Frances, is the most popular  and arguably most challenging route for pilgrims to take. It enters Galicia at O Cebreiro (Pedrafita do Cebreiro) with further stages to Sarria, which is the last point at which a pilgrim can start the journey on foot or horseback and still complete the 100km needed to claim the Compostela, the much-prized pilgrim's certificate. The route carries on to Portomarín, Palas de Rei and Arzúa with the final stage arriving at Santiago Cathedral via Monte de Gozo.

One route actually leads away from Santiago, as a continuation to Finisterre, once believed to be the end of the world, hence its name meaning World's End in Latin. Today many pilgrims consider this the final point of their journey and not only hang up their boots but carry on the age-old tradition of burning their worn out shoes on the cliff!  The Finisterre route runs via Negreira, Olveiroa and Cee, with extensions to Lires and Muxia. 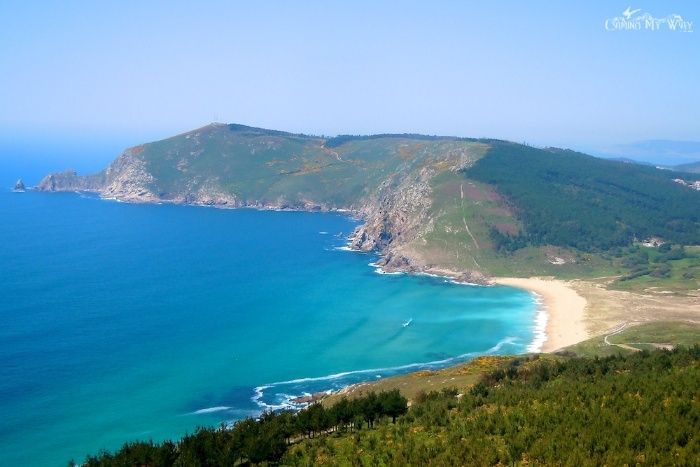 For those who fancy a quieter, wild and rugged route, the Via de la Plata (Silver Route) spans over 1000km, setting off from the city of Seville in central Spain. This route crosses landscapes of huge scale and beauty and enables walkers to glimpse some of Spain's most impressive Roman and medieval architecture. Towns such as Merida, Caceres and Salamanca have, for centuries, provided pilgrims with culture, warm hospitality and much-needed shade. Entering the final stages, via Astorga and its wonderful Guadi-designed Archbishop's Palace, the going gets tough across the mountains of Galicia or northern Portugal and walkers of this route are always advised to avoid setting off in July and August when the plains in Spain swelter in the heat! The route enters Galicia at  A Gudiña before heading to Ourense then on to Lalin, Silleda and Ponte Ulla in the direction Santiago.
The 610km Camino Portugues starts in the south of Portugal in the capital Lisbon, leading up to Porto, across the River Minho and into Galicia at the fortress town of Tui. This route is regarded as a less arduous but no less beautiful walk than its famous French cousin. Following peaceful rivers and meandering through forgotten villages, pilgrims see Portugal through its vineyards, meadows, ranches and olive plantations. Interesting places en route include the ancient university city of Coimbra, Barcelos with its famous weekly market and the tranquil Roman town of Ponte de Lima. Frequent well-placed hostels give the walker great opportunities to not only sight-see but to sample delicious Portuguese food, such as salted cod and suckling pig, washed down with some of Portugal's fantastic wines. The route enters Galicia at Tui but there are other informal routes like the coastal route via La Guardia, Baiona and onto Vigo. The route via Tui heads to O Porriño followed by Redondela, Arcade,Pontevedra, Caldas do Rei,Padrón then onto Santiago.
For those wishing to collect the Compostela certificate having walked the required 100km, but not sure they can manage much more, the Camino Ingles, the English Way, from the northern Spanish town of Ferrol is ideal. Traditionally the route for pilgrims travelling by boat from Britain and other northern European countries, this path covers a satisfying 110km from the coast through the lush Galician countryside and can be completed in only 5 days via Pontedeume, Betanzos,Bruma, Siguero and then on to Santiago
Other routes to be recommended include the Camino de la Costa/ Northern Way, along the northern Spanish coast and routes from Madrid, Valencia and those starting further afield, in Paris, Switzerland, Germany and the Netherlands, all of which eventually join up with the Camino Francés.
The oldest route to Santiago de Compostela which dates back to the 9th century is actually known as the Camino Primitivo or the Original Way. This is the most challenging route as it starts in Oviedo before crossing the Mountains before reaching the city of Lugo with its amazing roman walls. From Lugo it eventually joins the French Way at Melide before heading to Santiago de Compostela.
Remember, whichever route you choose, it is bound to be life changing! 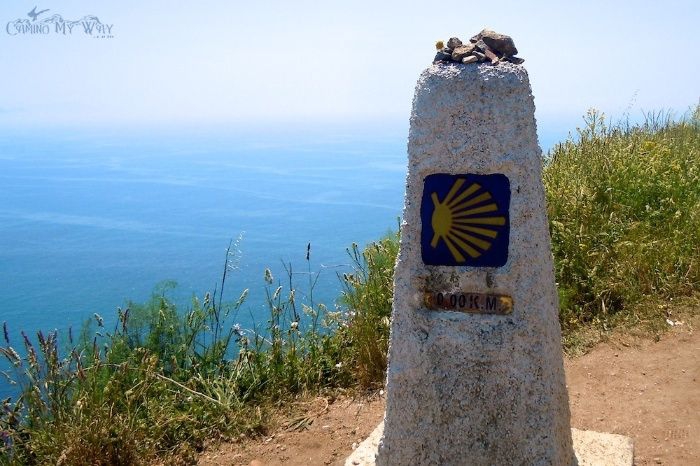